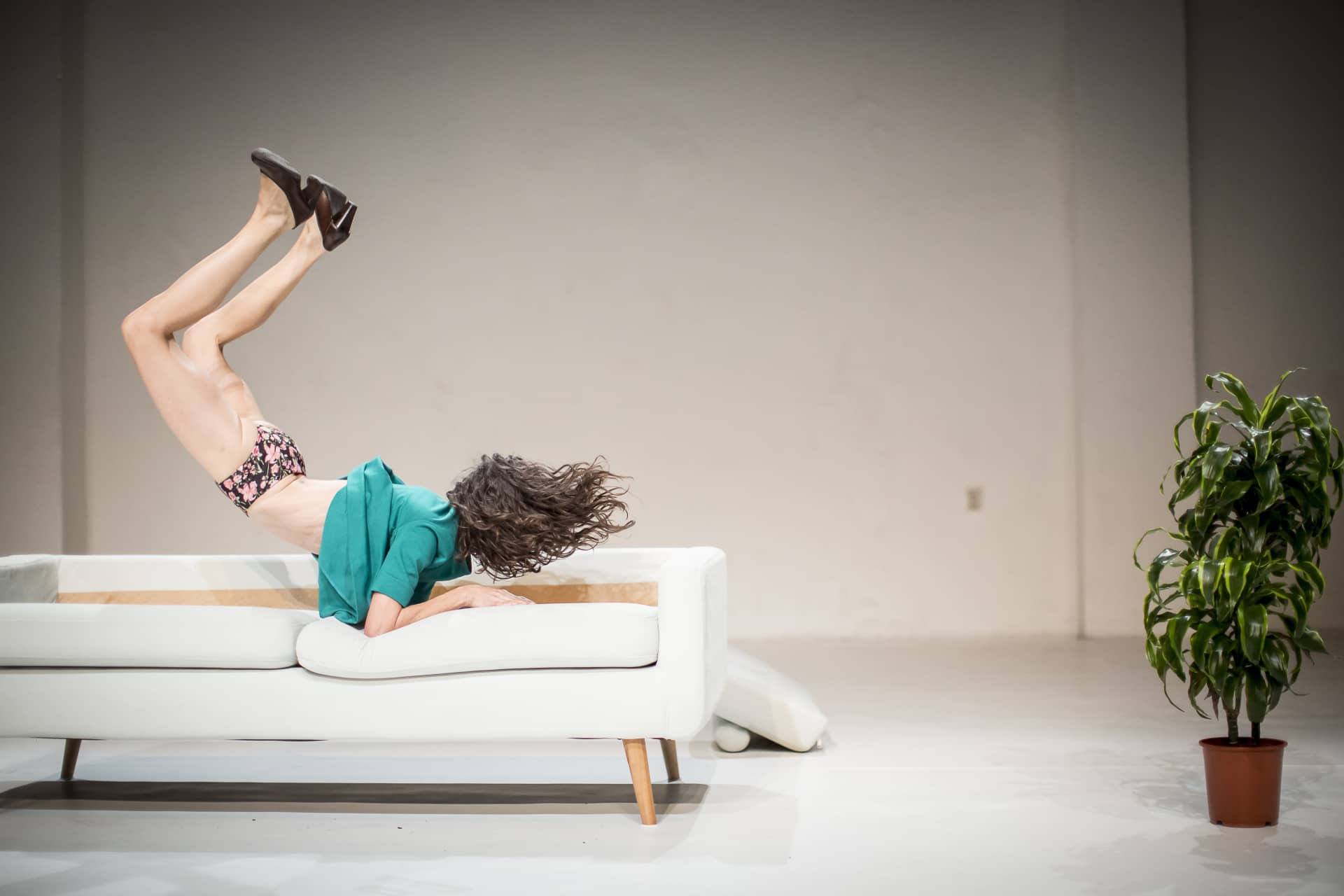 A woman named Roselyne is looking for her place.

Currently the production is presented at the PONEC – dance venue.

Cécile Da Costa is a French-Portuguese singer, performer and choreographer.

She has performed in performances of the Farma in the Cave theatre, of which she has been a member for five years, and has now worked as a performer and choreographer of the Spitfire Company for several years. In the Czech Republic, France, Poland or Greece she leads workshops of physical theatre. In her work, she looks for “voices that can move the body and bodies that can move the voice”. For her solo performance The Narrator, directed by Petr Boháč, she won the Dancer of the Year award in 2018 or the nomination of the Total Physical Awards in Fringe 2017, in this multigenre performance body and voice oscillate between struggle and fragility. Roselyne is her first authorial production.

“The performer is the embodiment of fragility in the cover of green leaves. She is as slender as they are, her gait shaky like a root with a solid clay without nutrients, but she is as tenacious as the roots of an indestructible plant. He frames his performance with singing and words, tones and rhythm of the French song interrupted by restless and distracted solitude, cut down language and character. A woman who undermines herself, a woman who depicts herself as a trap of impossible claims, isn’t that familiar? (…) Cécile da Costa’s performance is a subtle piece that, while not adrift of cruelty or tense emotions, as was the case in its Narrator, is nevertheless impressive in its internal tension. Humor is an appealing part of any performance, and the viewer gets drawn into the performance more readily without realizing it. The dancing room flower does not immediately disappear from memory, the physical performance of the dancer also does not, because in the apparent simplicity it is difficult just to coordinate and combine movement and verbal expression. But it does not acite, the subject for reflection is gently offered.”

“The production of Roselyne is interwoven with melancholy; where there is a woman, there is melancholy. But he doesn’t lack humor either; it also contains a scene of a semi-acrobatic clownia – on and around the white couch. (…) Cécile da Costa has a strong stage presence; although she is a performer of subtle appearance, she also has great strength internal and physical, as she has demonstrated in past performances. It has a very energetic, durable, and at the same time eloquent body. Already studying itself the sheer movement of this body, its grammar – even aside from the meaning – is interesting. Her naked calves, in particular, are more eloquent than her hands themselves, and it is the calves that orient the audience in action, oriented in the body text. The performance includes, for example, a detail, such a small etude for the calves and feet, when the uncertainty of her character is expressed by the dancer nervous, distracted and clumsy insidiously in the pump in high heels, and again by her distracted and nervous take-off, the loss of shoes … The calf does it so…  in a beautiful way!”

“Roselyne is a roughly 40-minute multi-reed composition for a fragile, strong body and a firm, sensitively trembling voice. The experienced performer physically covered both the exposed space and, without serious rhythmic lapses, kept the move. (…) The precise Roselyne, the figure and attitude of the little girl and the mature woman, frightened and courageously repeating her phrases, full of fear of failure and fear to be seen, and with many other ideas, was able to induce a feeling that it was indeed a very personal and personally touching story. In previous works, Cécile da Costa has fully convinced of her storytelling skills, authentic communicate and craftsmanship. Roselyne – this is an acting concert on the border of genres, a message of women about courage, addressed to themselves, women and men. Even though she eventually remained the mysterious Roselyne with a mantra on her lips to be a perfectly imperfect perfectionist.” 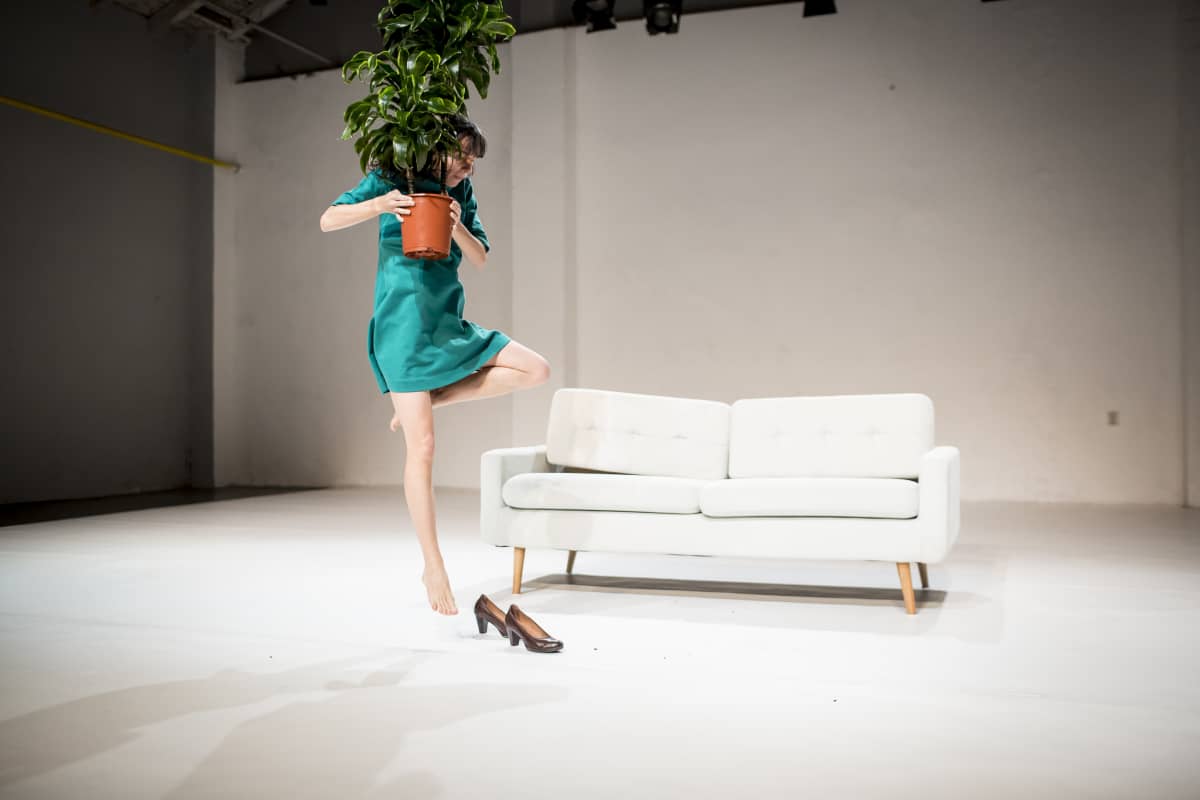 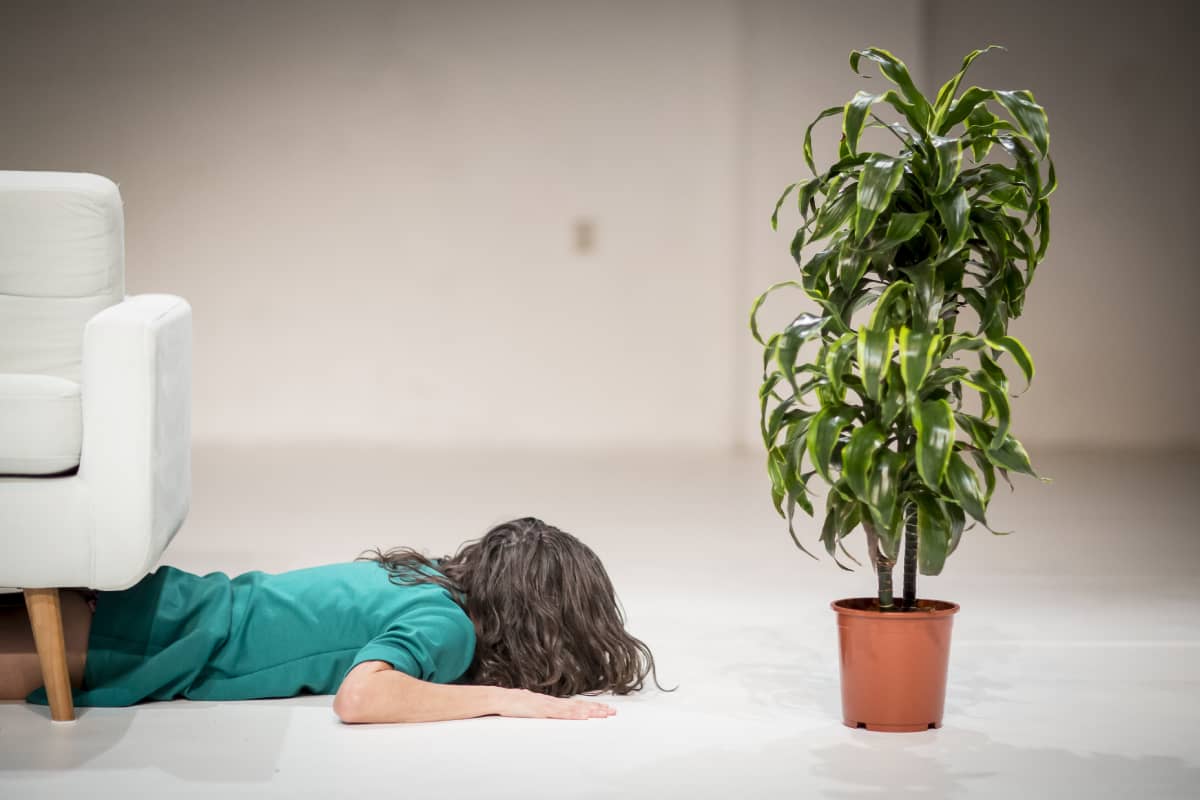 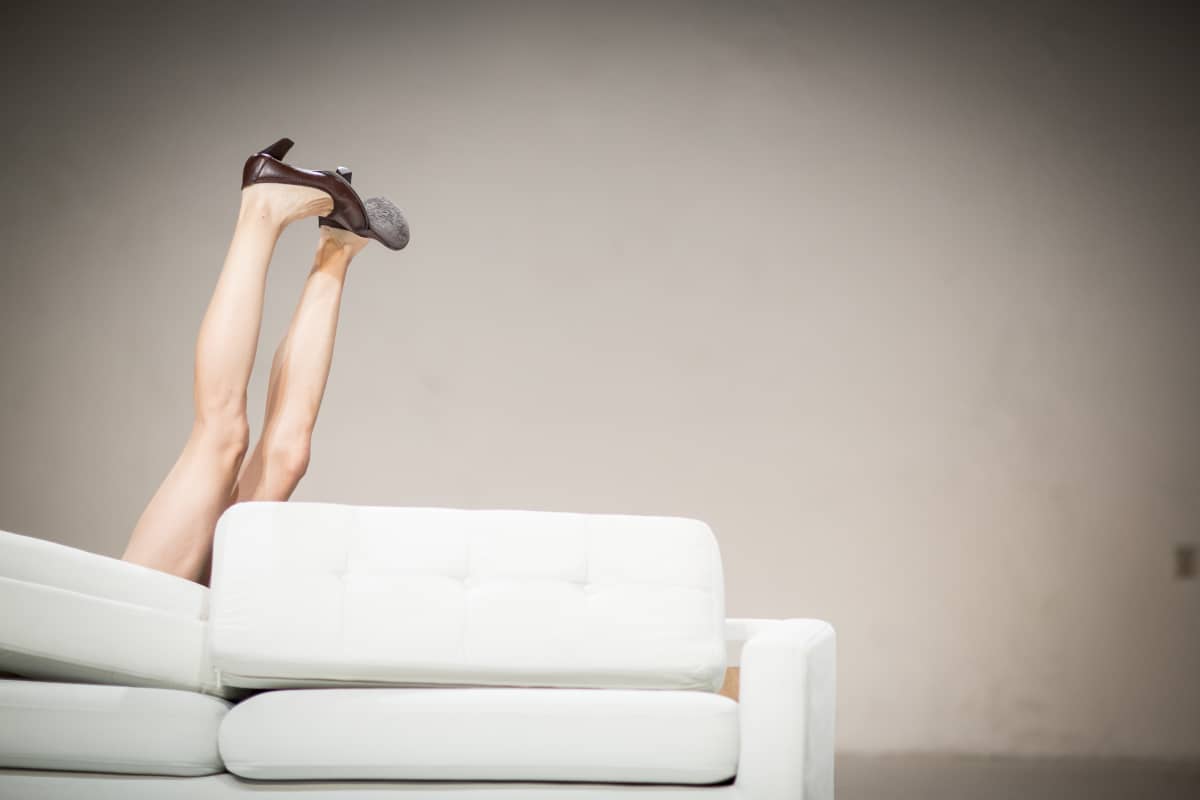 You can download the technical conditions needed for the performance Roselyne here: technical rider. We will be happy to answer further organizational information at production@profitart.cz.