was inspired by Franz Kafka’s famous prose and contemporary Russian reality. Together with six performers, he created a unique motion production, which was created specifically for the awakening multifunctional space of the legendary Cinema 64 U Hradeb in The Little Side. From there, after a year and a half, it was moved into a new space, the DUP39 multi-canteen centre.

Six experienced performers are looking for a new theatrical language.

It combines a wide range of genres from activist performance to psychological theatre, contemporary dance, circus, motion theatre with elements of musical and documentary theatre.

In addition to Kafka’s Trial, Maxim Didenko was inspired

by authentic transcripts of interrogations of current political prisoners, correspondence and testimony in the courts. In the production, it reflects the speeches of Soviet convicts accused during the Stalinist period as well as of convicted Nazis during the Nuremberg Trial. THE TRIAL reflects on the ethical and humanistic purpose of the courts and the death penalty itself. Kafka’s absurdity gradually becomes the image of everyday Russian reality, the 100-year-old theme is up to date again.

“Didenko perfectly revived the former underground cinema room, its side walls and ceiling. The cold, still dead, but still spectacular environment adds a cramping atmosphere to the project. The director works with projections that are screened where possible. It creates a perfect picture of our little personal, depressing world. Warmth and life are mainly supplied by wood, but it becomes a burden on the characters.

In the beginning, a naked man (Martin Šalanda) rises to be washed away by life, usurpered by men, and ends up sacrificed. It’s an image of a human pedd, bitter, without the slightest hope. On this level, strongly symbolic – there is also an apple offered to him by a sinful woman (Nela H. Kornetová), or crucifixion – the project is figurative, accessible to the audience, perhaps in an abstract, intuitive plane.” 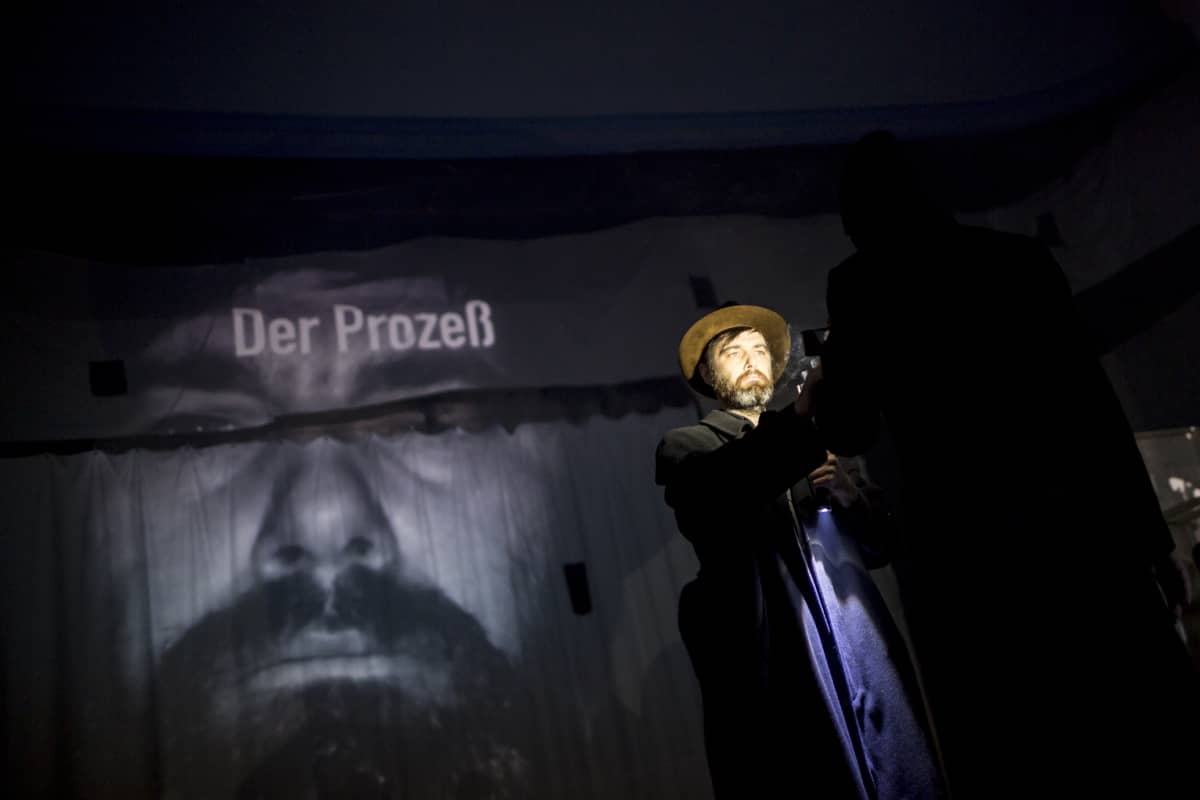 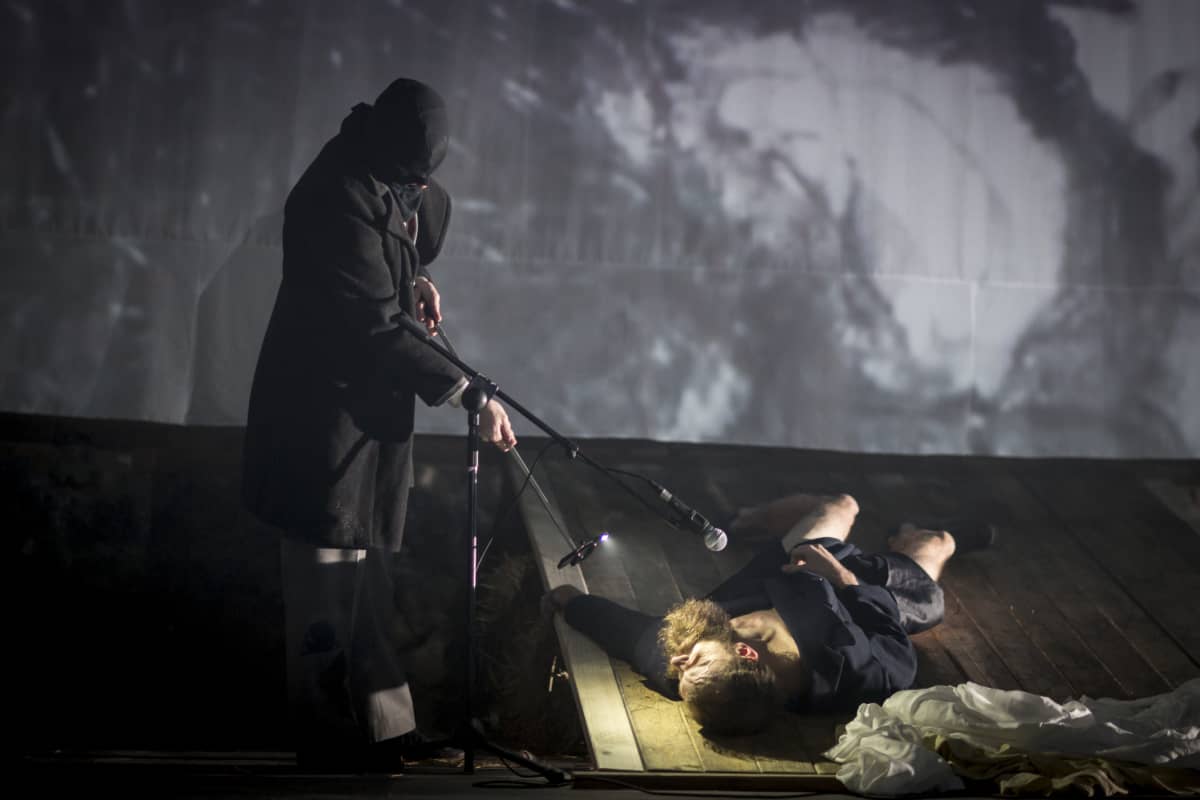 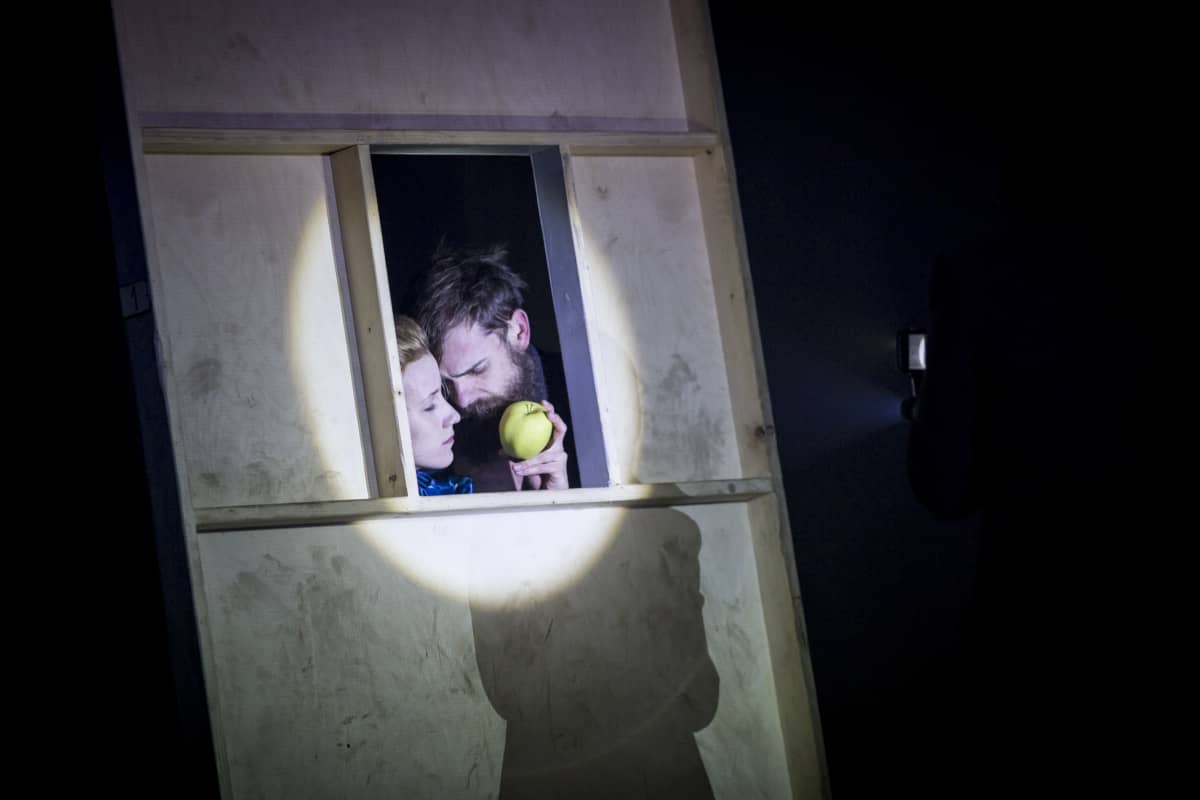 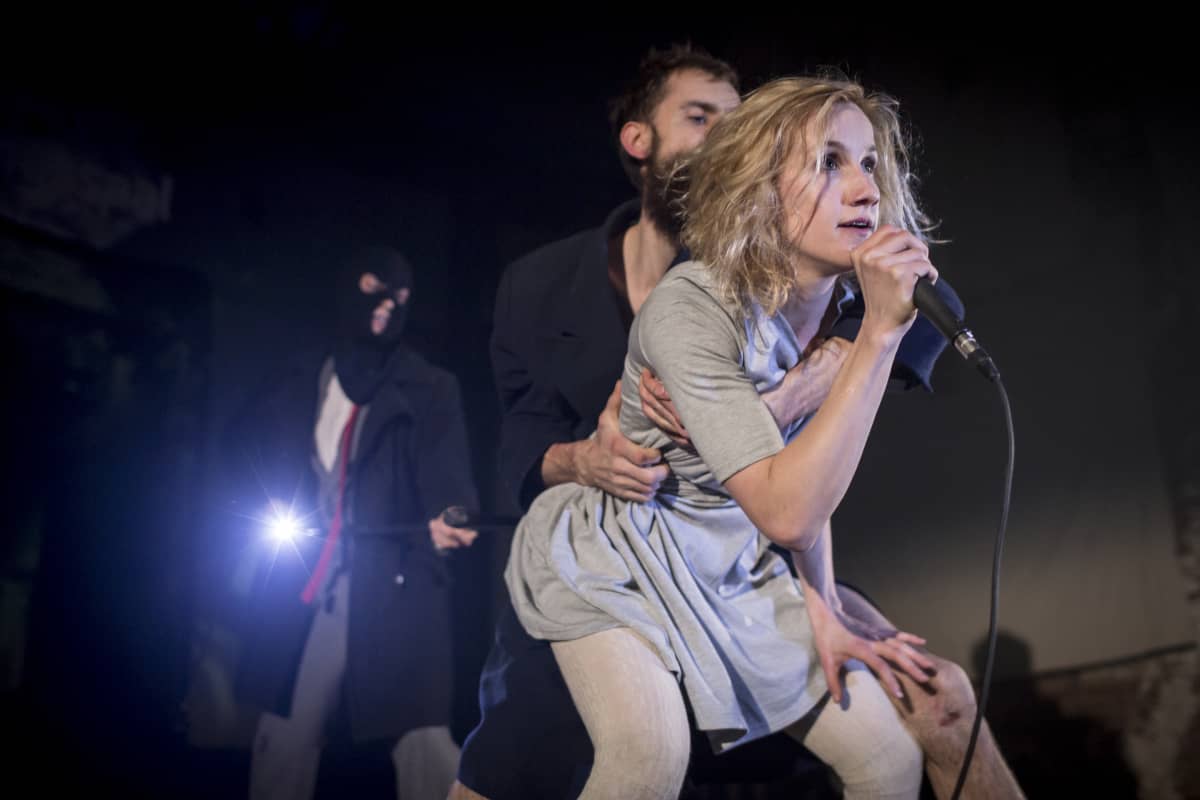 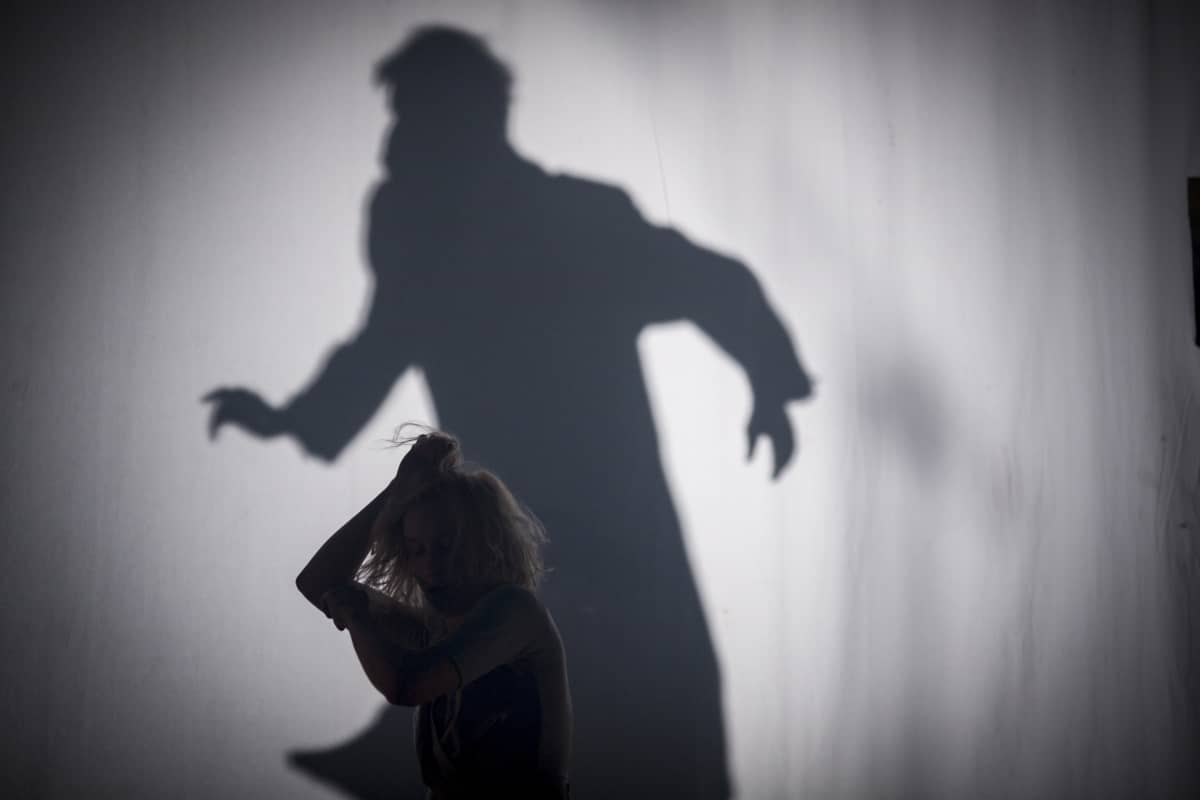 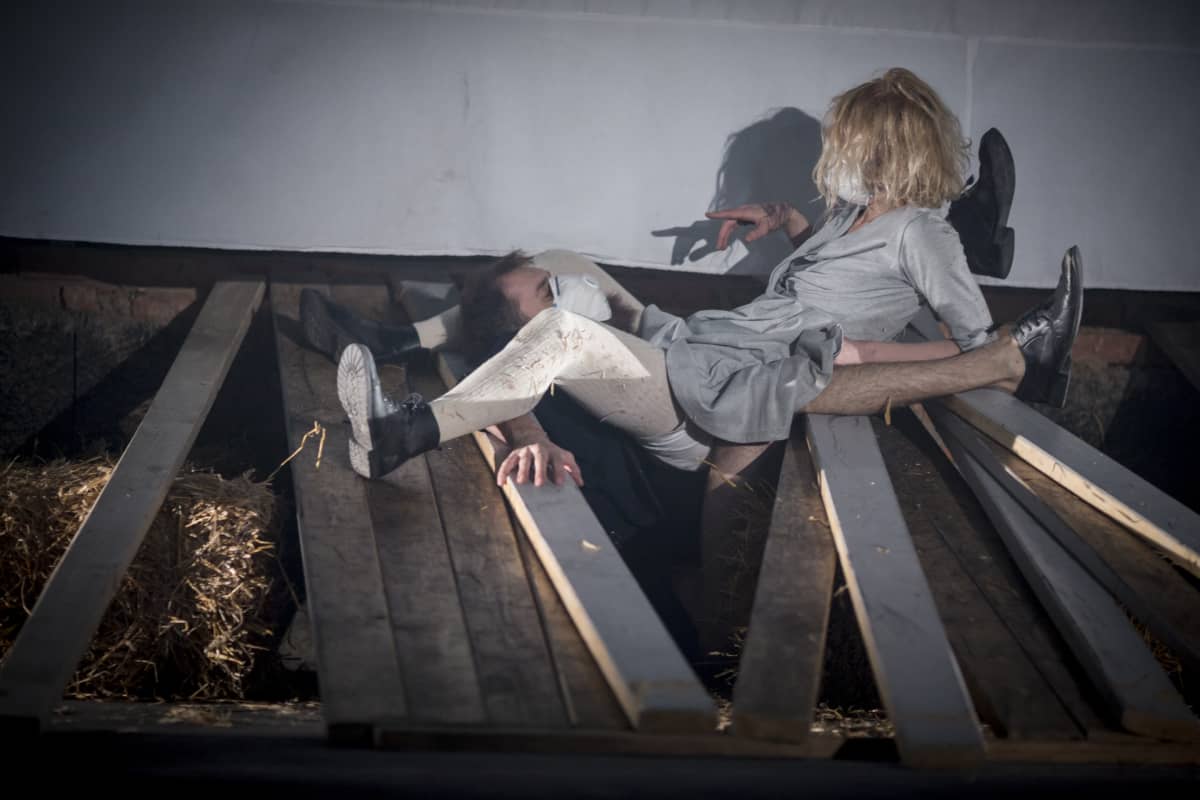 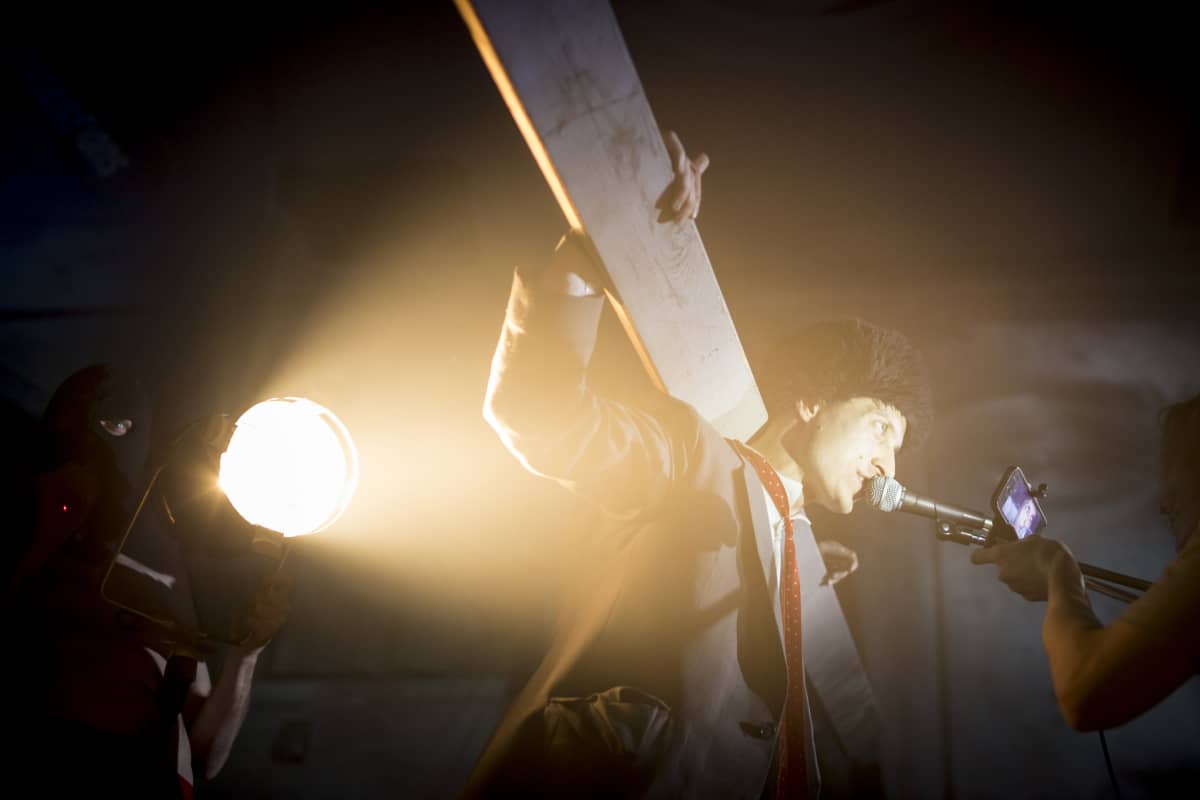 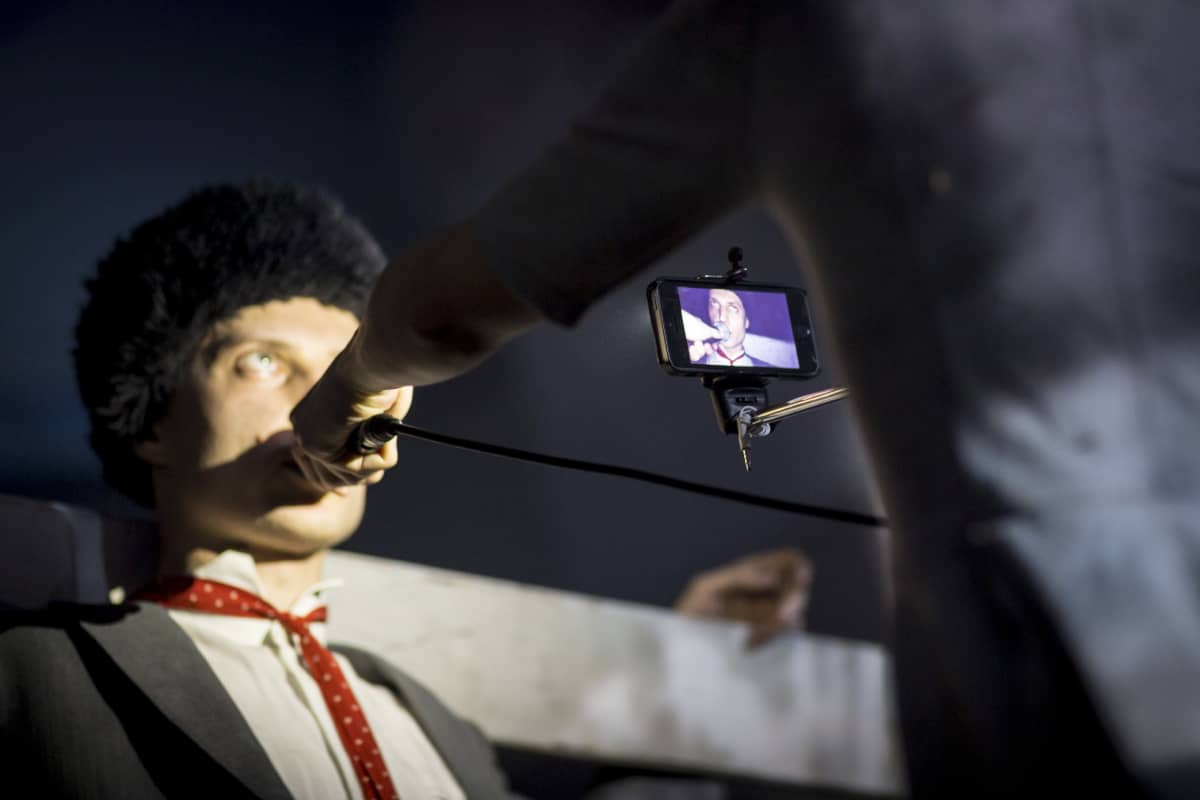 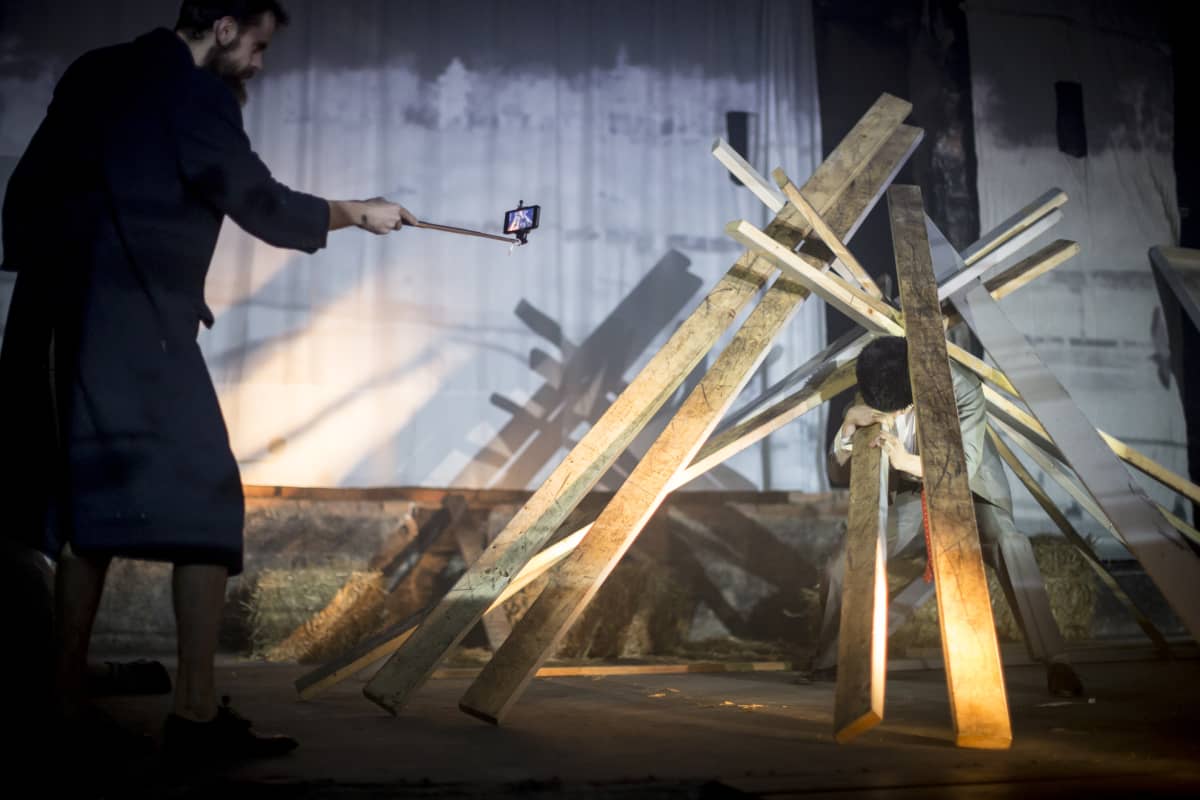 You can download the technical conditions needed for the performance The Trial here: technical rider. We will be happy to answer further organizational information at production@profitart.cz.